I’ve had a Neo-Geo MVS cabinet in my house for about three years now. Ever since I’ve had it, it has complained of lost calendar data and generally acted up. For this entire time, I’ve ignored the fact that I have basically a ticking time bomb of battery acid in my machine.

When the battery pops on the early MVSes, it can damage a bunch of important stuff nearby the battery, namely the clock crystal. On the more advanced multi-slot MVSes, you can even lose the entire cartridge daughterboard to battery acid. Remove your batteries, people!

I went in and pulled the motherboard, which is harder than you’d think. My cabinet was homemade many, many years ago and has a lot of eccentricities and really painful connectors.

Took lots of pictures to make sure I could put everything back where it came from: 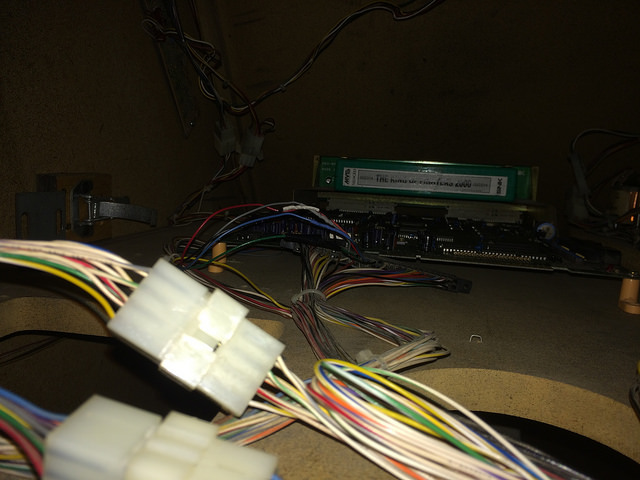 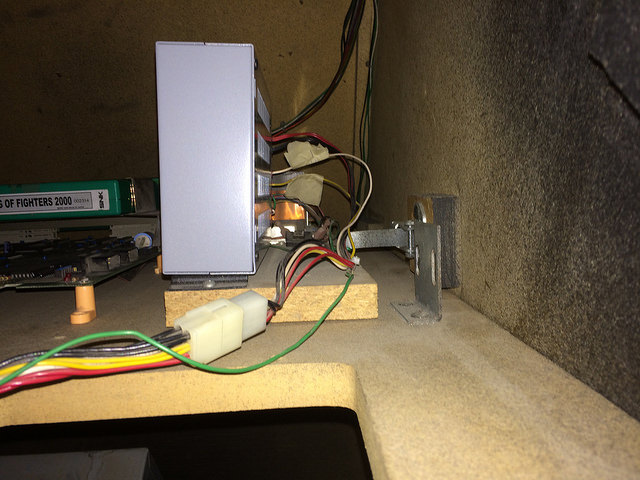 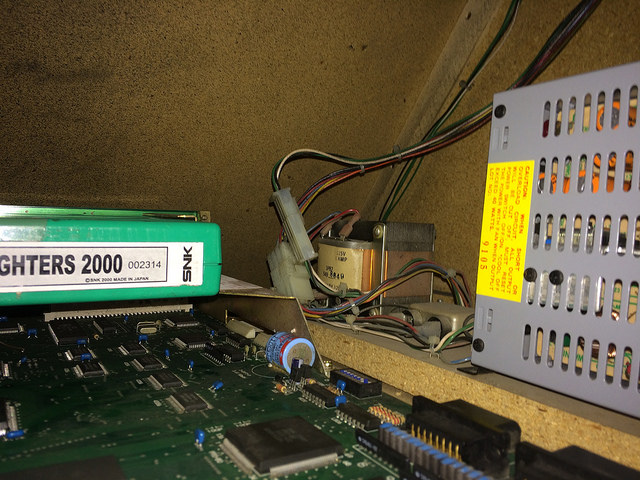 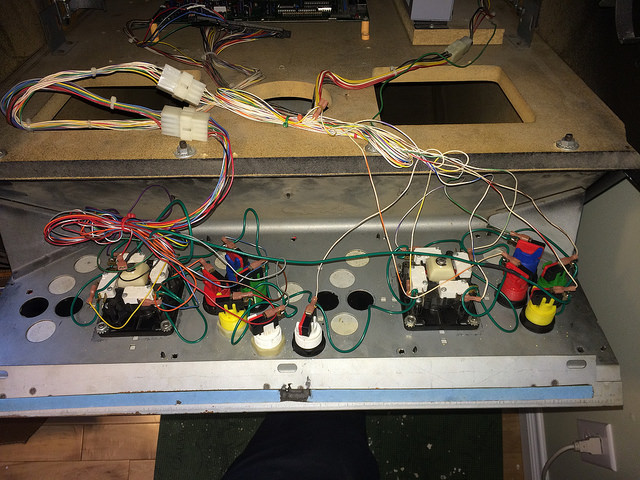 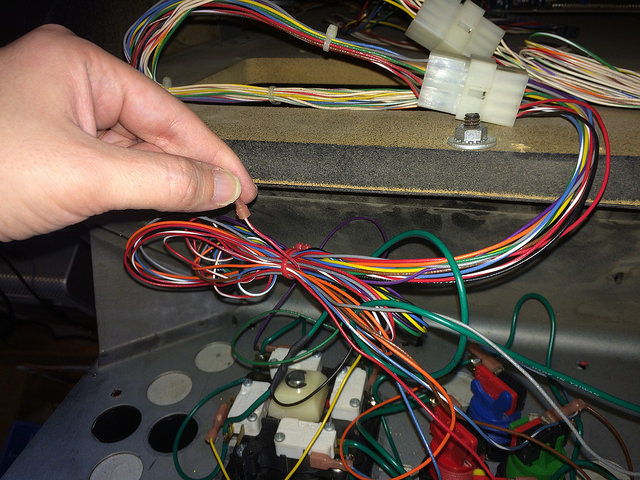 I pulled the motherboard out just enough to reach the battery, and then clipped it out with side cutters. Maybe later, I’ll remove the board fully for some rework, but I didn’t feel it was necessary right now. All of the audio works properly, and why bother making life harder for yourself? 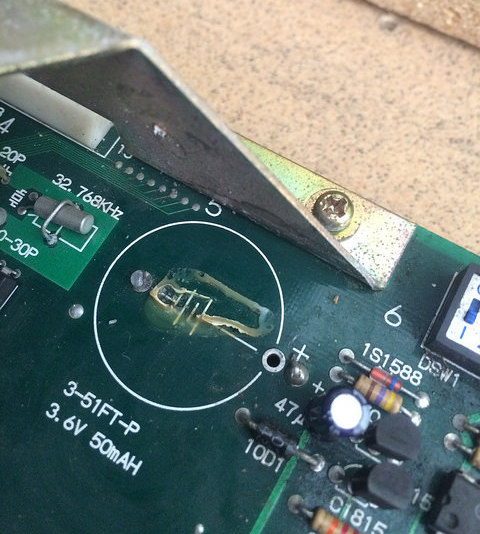 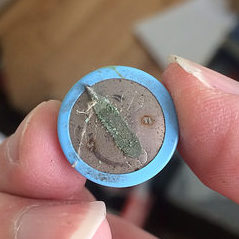 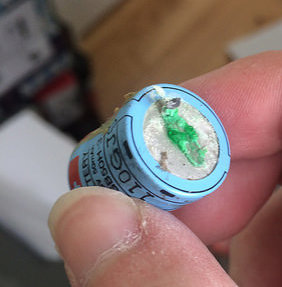 This battery was really close. The “worse” side of the battery is the one that was facing away from me when I opened the cab. It’s the side pointed directly at the clock crystal.

Buttoned up and ready for more King of Fighters: 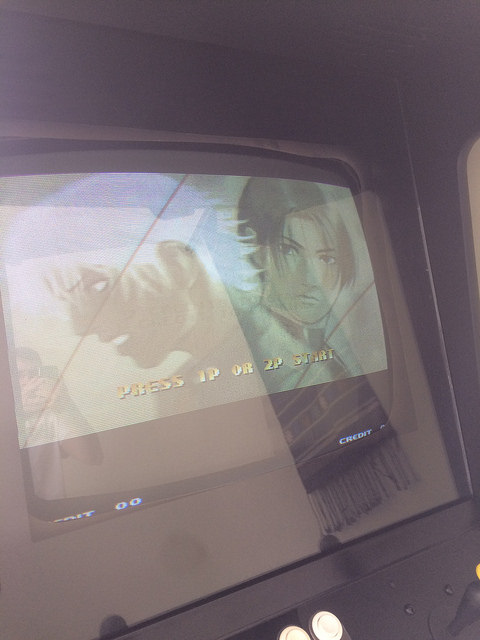