The C64 hasn’t yet been powered up because, after some quick tests indicated suspiciously high 5V even unloaded, I decided it was better safe than sorry with the power supply. I cut the DIN connector off of it and threw the rest into the to-recycle bin.

As you can see, the semicolon key is missing, and the plus key is broken. As a fan of both C and addition, this just wouldn’t do. I went to work breaking down the machine. 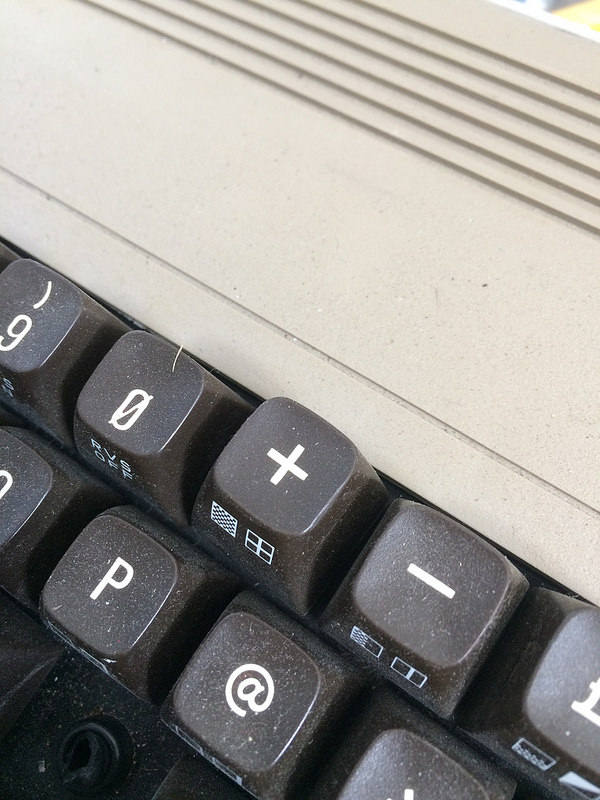 I put the RF shield (silver painted cardboard, apparently) into my parts bin and took the rest of the machine apart. It looks like it has been taken apart a few times before: lots of screws are missing and some of the plastic posts are broken. Then again, from the looks of it, it’s hard to tell the difference between a machine Commodore “factory-repaired” and a machine that someone swung a soldering iron at randomly. 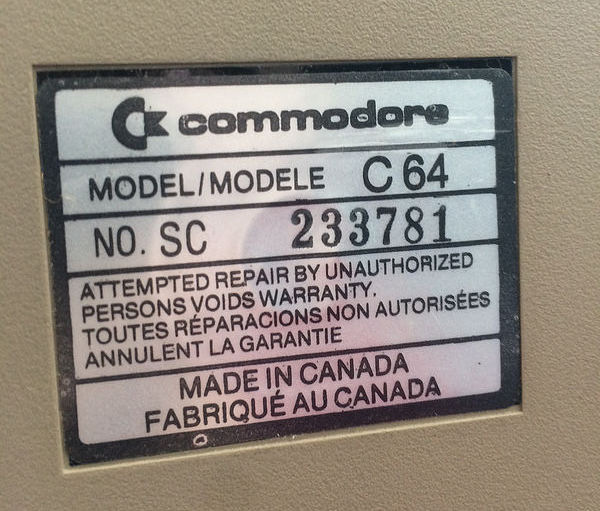 The fuse checked out continuity-wise, so it was time to turn my attention to the keyboard. The plus key’s stalk broke entirely when I went to pull it, which makes me wonder if it had broken in the past and been re-glued. I will have to find new keys for this.

A frustrating start on the machine, and it’s unlikely to be resolved any time soon as new C64 power supplies are both expensive and rare. I might try something like the “two power supplies in one” modification, but for now I’m happy just to have grabbed this find and not immediately blown up the machine by powering it on without checking first.