I set out to fix all three problems.

Tearing these things down makes an absolute ton of screws. Mitsumi must have shared their alley with a fastener manufacturer. Some of them are JIS, but not all, so use the right screwdriver so you don’t strip them.

Since the numpad enter key doesn’t get used much, I swapped the slider from that key onto the return key. This fixed that problem.

I have another keyboard in my collection, which came from the Amiga 3000. It has never worked: it just turns on with the caps lock LED lit up and does nothing at all. I’ll work on it later, but for now, I tore that one down for parts to fix the Amiga 2000 keyboard, which works a lot better.

The Amiga 3000 keyboard and the Amiga 2000 keyboard are basically the same inside. Their sliders are a different shade of blue, but I didn’t notice any difference in feel. I pulled the right alt key, its rubber dome, and its slider, and transferred them to the Amiga 2000 board.

Overall, an improvement. Once I tear into the A3000 keyboard again, I will swap over a good slider from that keyboard and make the A2000 keyboard as perfect as it can be. For now, it works great, although it does need a cleaning: 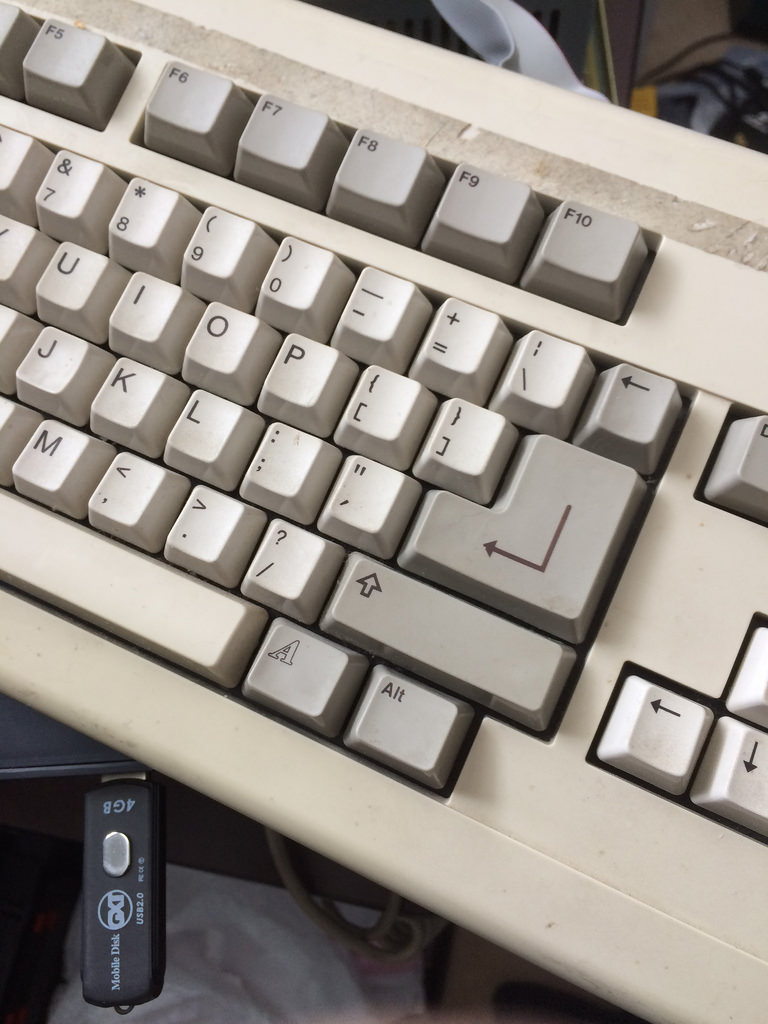 Will go into more depth to try and diagnose the A3000 keyboard later. So far, all I have tested was to make sure the pigtail harness buzzed out and that all the solder joints on the controller chip were good. I have heard that the capacitors on the keyboard’s logic board go bad, but I don’t see any obvious indication of electrolytic capacitor leakage or other damage.

« Gotek with FlashFloppy on the Amiga 2500 Commodore 64 pickup »