I put it back in the original box, and left it for several years, until I saw an A501 on the shelf of a buddy’s basement when I was visiting. Before I could think twice, I volunteered to remove the battery so his A501 would be spared death.

First, though, I had to figure out if mine was even saveable. Attempts to desolder the tabs on the heatshield that hold the case together were largely ineffective, so I just clipped those tabs right off. I’ll put it back together with Kapton tape or something (“the official duct tape of the Space Shuttle”) later. 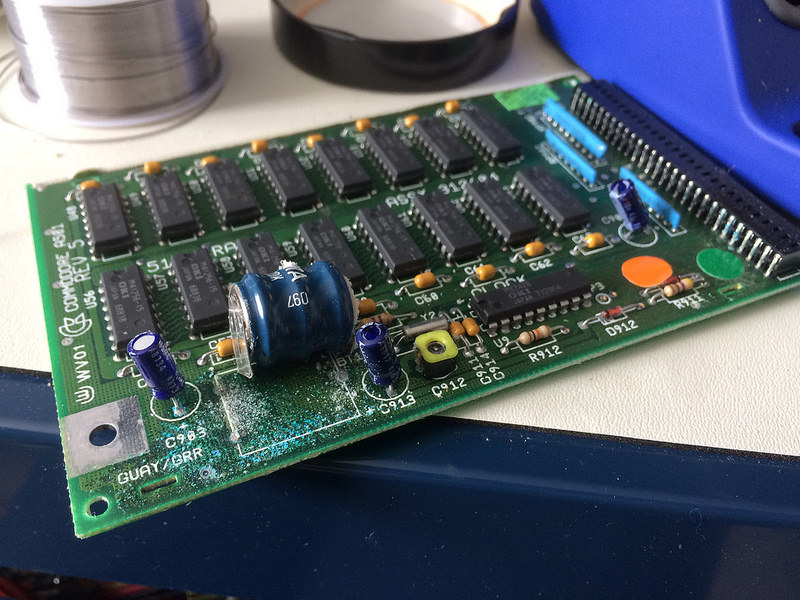 I clipped the battery off with side cutters, and cleaned the spilled battery acid up with vinegar. There was so much battery goo that it audibly sizzled and bubbled as it was working. 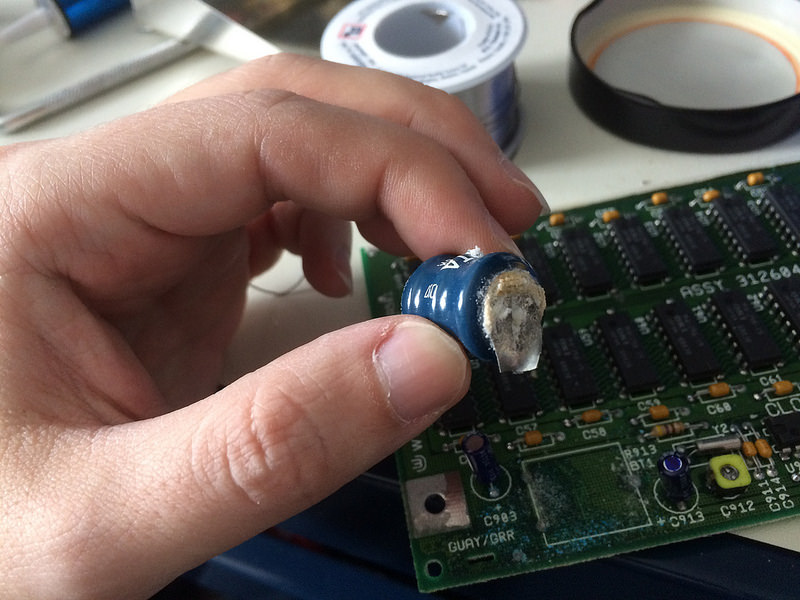 The solder holding the positive terminal of the battery in seems to be so corroded that I can’t melt the solder, even after adding more fresh stuff in there. The other two pins came out fine and I was able to clear their holes. I’ll have to ask around to see if someone else has better advice, or maybe it’s finally time to hook up the desoldering station instead of being lazy.

With the battery free, it was time to assess the board. All the passives seemed to be in surprisingly good shape, and even these corroded edge connector pins still buzzed out. 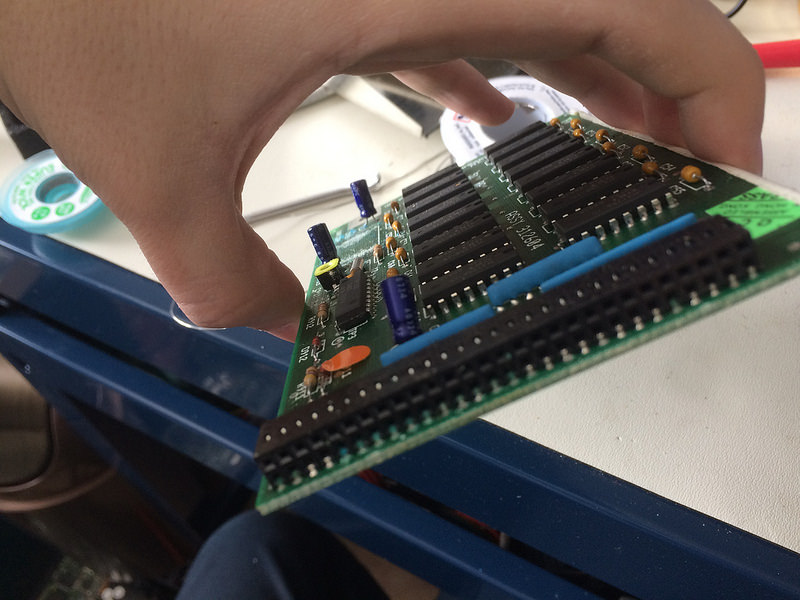 Did you know I used to be a hand model? It’s not true.