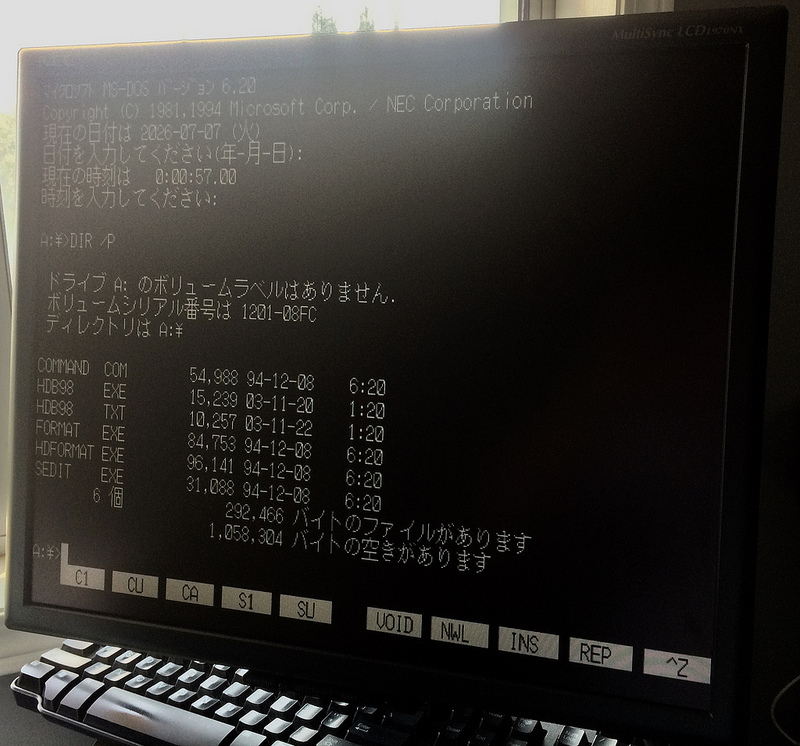 The image was provided as a 1.44MB floppy image, so at least I could be sure to bypass the requirement of having a 1.2MB-capable 3-mode floppy drive. My Catweasel again choked on writing it out, with lots of errors throughout the write.

DiskImage3, a recommended utility for writing PC98 images to disk, also choked and failed the write. After thinking about it for awhile, I first reformatted the floppy disk from Windows as a regular 1.44MB and then restarted the DiskImage3 process. This time, it succeeded, and I was able to boot to MS-DOS 6.2 on this computer for the first time.

I don’t understand the Catweasel internals well enough to speculate, but I will anyway. Perhaps there was some low-level format issue on the disk that could not be overcome by either tool until it got a fresh format. It worked great making Amiga floppies, but those are all written to 720K double-density disks that were already in MS-DOS format.

From now on, I will try to format high-density disks before imaging them. I will update this post if I ever figure out what the problem with the Catweasel was.