The first step in appreciating any new-to-you computer is to take a really good look at the case. Feel around it, take a gander at the years of office grime and spilled coffee that have accumulated over the years. This machine is still physically in existence instead of in a disassembly pile in the Third World somewhere, so logically it must have been treated way better than most of its fellow computers. Did someone love it, long ago? Maybe.

There’s a bit of a ding on the sides, and the case had some grime on it, but most of it lifted off with a Q-tip and some isopropyl alcohol. The feet of the case are a little gross, but I shouldn’t have to touch those very often.

Let’s take a look at the ports, and see if the VGA adapter I bought for the PC98 also works here. Uh, it sure doesn’t. There’s three ports here: CMT, B&W, COLOR. From what I can tell, “CMT” is designed to go to a tape drive which I definitely don’t have (but now know I could potentially emulate to get stuff onto the machine - because 5.25” floppies are getting rare). That leaves B&W and COLOR, and B&W has a weird plastic plug covering the port, so screw greyscale.

I don’t know what the pinout is for these, but hopefully it’s similar to the C64 and I can use my leftover 5-pin DINs to build a cable just like I did for that machine.

As we go around the front, we see a KEYBOARD port. As you learned in the previous rambling entry about the PC8801mkII keyboard, this is a very complicated 13-pin DIN. Makes sense, and the keyboard I bought at great expense to go with this machine fits like a glove into the port. 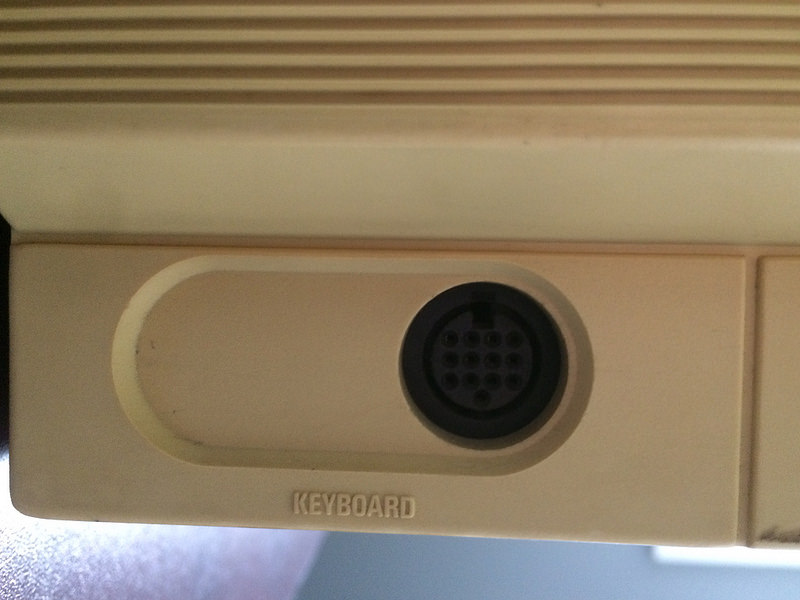 Instead of an interactive BIOS configuration system, the PC88 prefers this wall of dip-switches up front. Here’s how they were set when I got the machine: 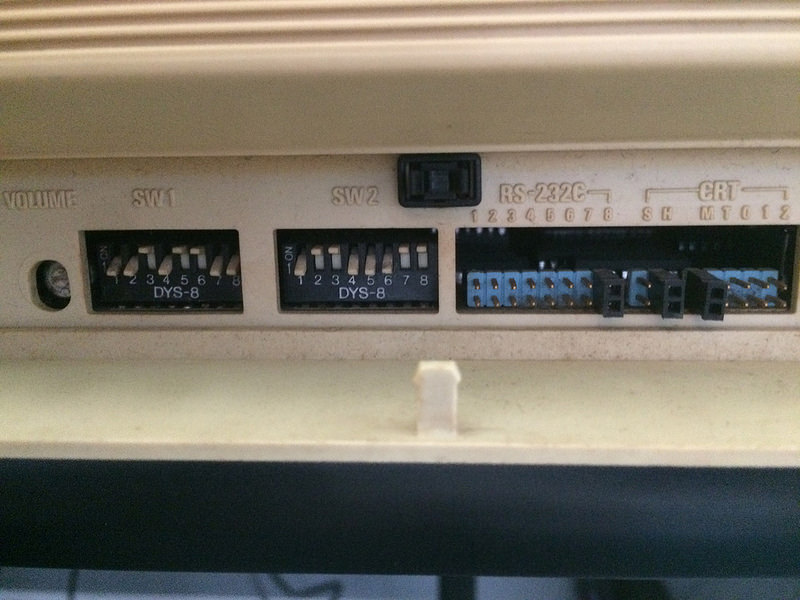 It’s always a good idea to take a picture of things like this for posterity, before you start messing with them.

On the side of the machine, I encounter something new. Is this a second keyboard port? I have no idea, but I would assume if it was it would be labelled. Maybe it’s for a drawing tablet, mouse or joystick? Considering it’s another 13-pin DIN, it probably is a keyboard - not much else it could be. 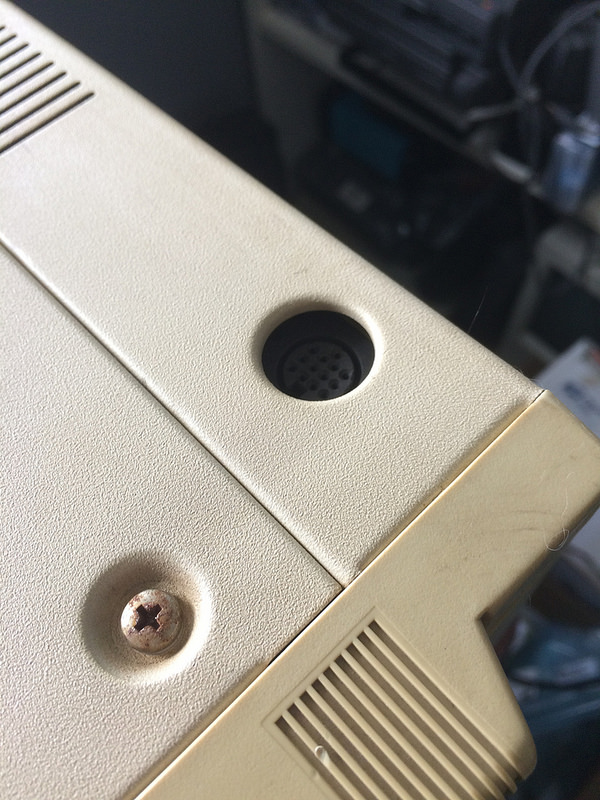 Since I can’t fire up the machine in any useful way, the next best thing is to open it up. I unscrewed all the card slot covers and peered inside to get a good look at the motherboard. Rows of 74 logic chips and tiny RAM chips stared back at me, and also this thing: 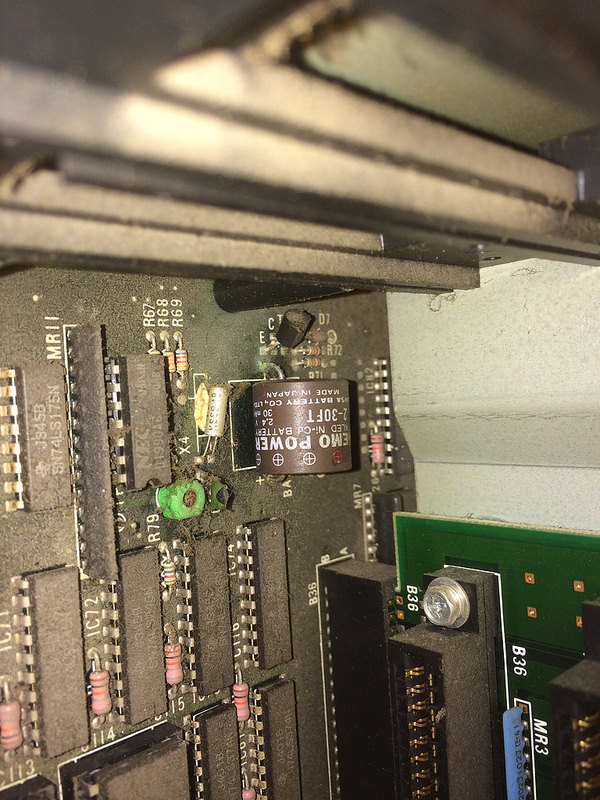 Another leaking Ni-Cad clock battery. I love these. That’s great. Couldn’t be better.

At least it doesn’t look like it’s gotten too bad, and I might even be able to replace it with a coin cell. It’s a really weird size; I’ve only ever seen Ni-Cad clock batteries in the 1/2AA style that Macs have and the 3/4AA Varta style that Amigas have. This seems almost to be like a 1/3AA but is slightly fatter. Once I get rid of it, I’ll have to visit my local battery store to ask their greybeard about just what it is.

Looks like I have my work cut out for me. First, I’ll have to figure out a video solution, test the machine (it booted and showed video in Japan, but they had no keyboard to really test), and then get started on popping this machine open and saving it before the little caustic bomb inside it decides to really spew. For now, though, it is my cute very-early-80s desktop friend.