Many years ago, I grabbed an SGI Octane off eBay from a junk dealer. They didn’t pack it well, so the machine arrived beat up and stuffed full of styrofoam fragments from the packing material it had shredded on the way. After a few attempts to lug the machine around in the small condo I had at the time, I gave up and just let it slowly be re-absorbed into the pile of non-working computers. 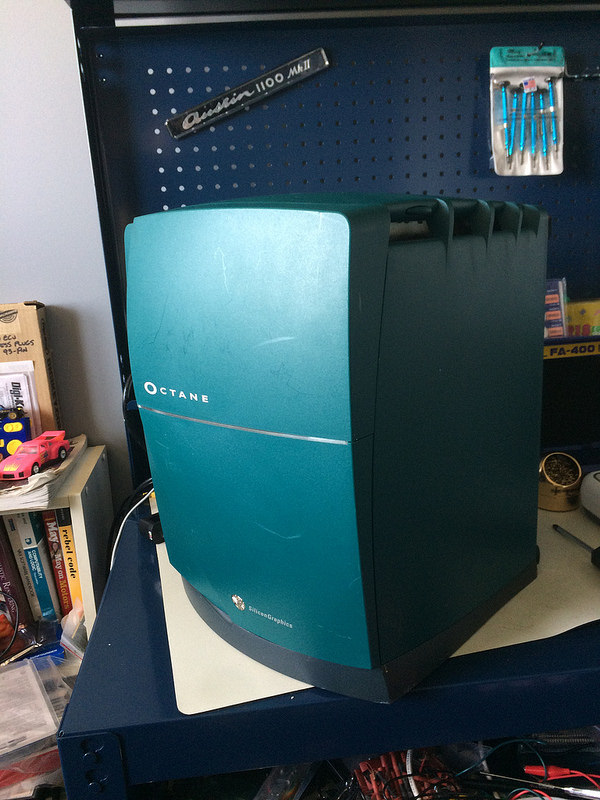 Recently, I decided it might be a good idea to fix this beautiful, oh-so-heavy beast and see what it can do. 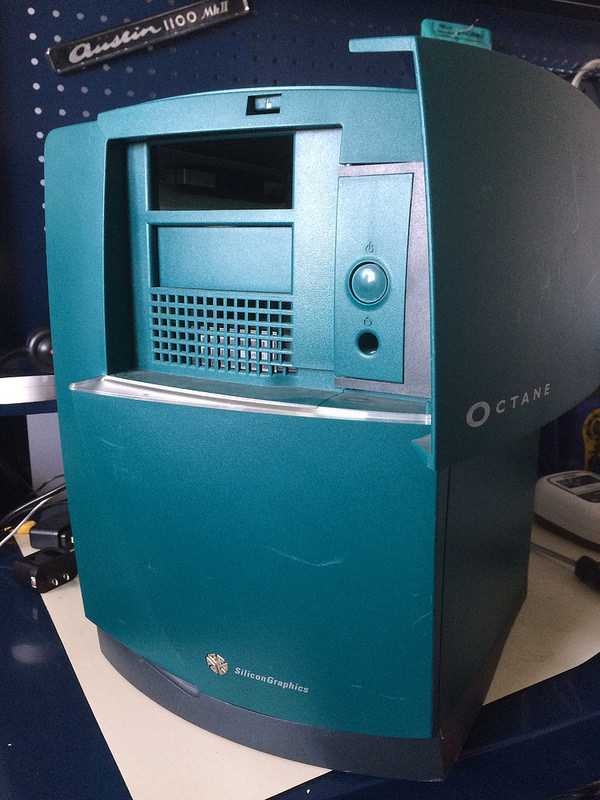 One new wrinkle is that as soon as I plugged it in, the machine leapt to life instead of waiting for me to hit the power switch. I suspected a gummed-up power switch on the plastic fascia of the machine, and so removed it. No video appeared, and the machine just showed a single red LED. No beep or cool Octane startup sound was heard.

I also couldn’t turn the machine on or off with the power button on the front, so for most of the testing I used the switch on my surge suppressor to turn it on and off. Not the nicest thing to do to a computer, but I had no real choice.

The junk dealer had removed the hard drive and rails before selling the computer on, so I began to wonder if perhaps they had removed the specialized (and very expensive) RAM for separate resale. I pulled the motherboard out on its tray with some effort, and inspected it. Almost all the RAM slots were populated, along with what looked to be a fairly recent Timekeeper battery/NVRAM chip combo. After reinserting the motherboard and making sure it was really firmly in there (Octanes are infamous for finicky interconnects, I found out while doing research for the service), I again reintroduced power and watched it leap to life.

Again, nothing seemed to be happening. Then, I remembered that my test monitor had two inputs… 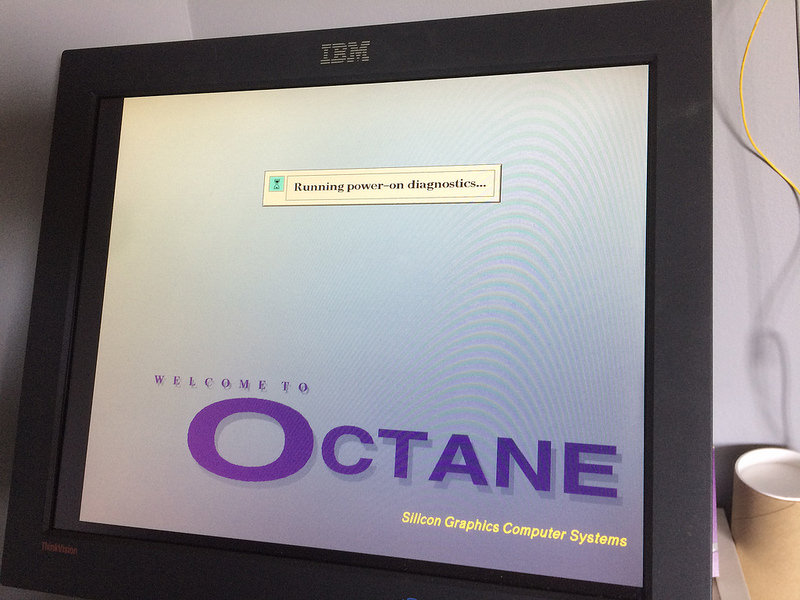 Oh wow, that is a nice screen. Let’s let it continue onto the diagnostic… 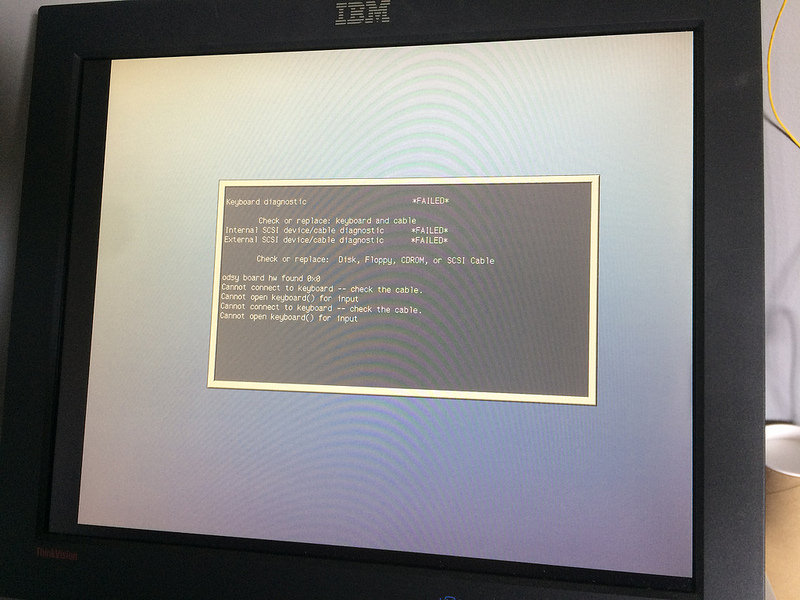 As you can tell from the last few messages, the machine had trouble reading the keyboard and so demanded that I insert one. Making sure to turn off the SGI first, I grabbed an HP PS/2 keyboard off my pile and plugged it in. Now, I could get past the failed diagnostics by hitting a key at the end: 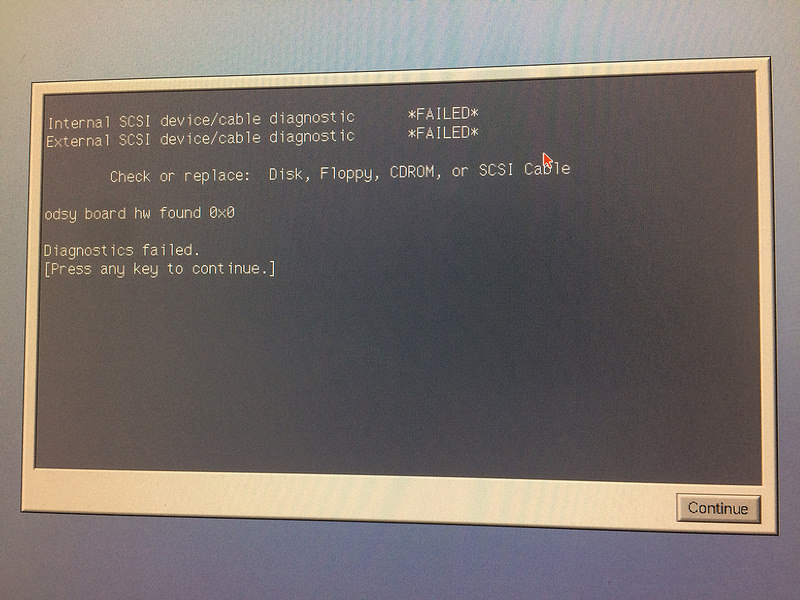 Notice that mention of the odsy board? We’ll get to that later.

Insert “any key” joke here. Now I was in the configuration screen: 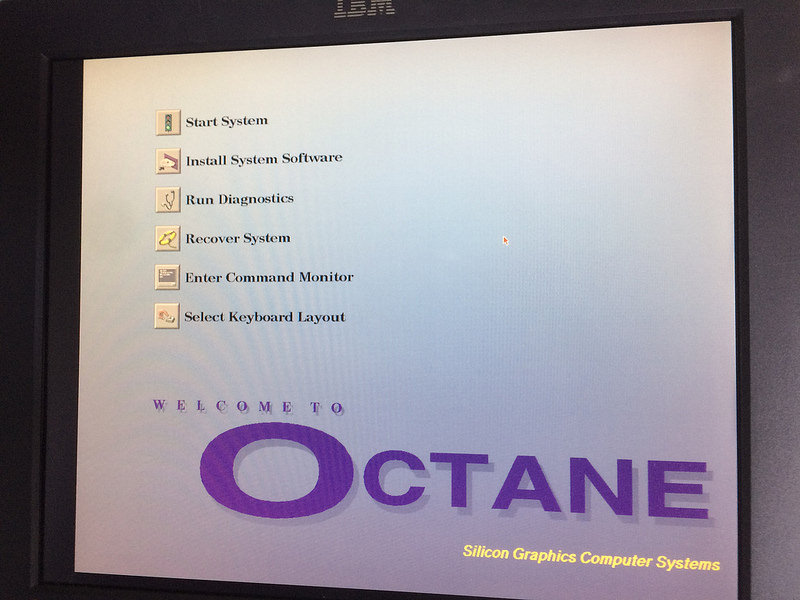 Without a mouse, I had to assume that there was some kind of keyboard shortcut to activate these features. After all, the developers were Unix nerds. It turns out that the number keys 1-6 activate the corresponding button (e.g. “5” enters the command monitor).

No features really work without an attached disk of some kind (or network storage), so I went into the command monitor to mess with it. First stop, hinv. This little tool, for Hardware INVentory, is intended to let you figure out just what is in the computer. 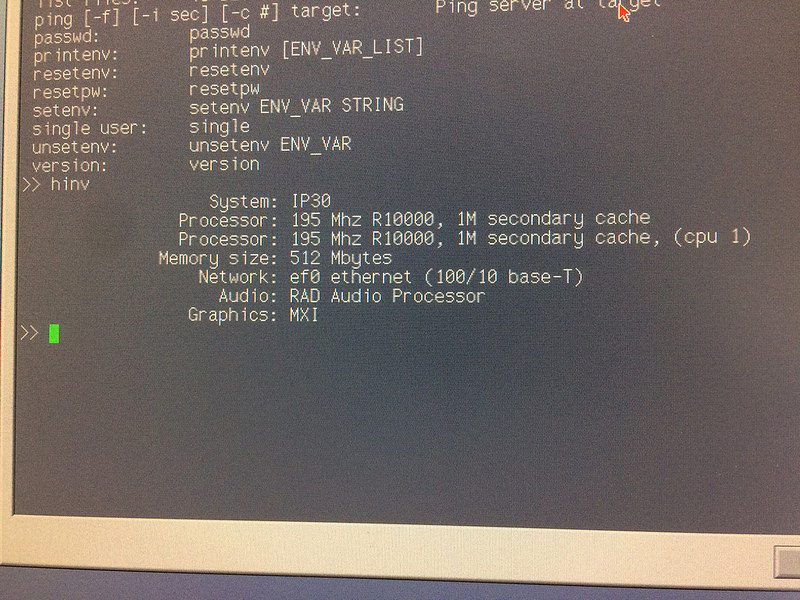 Regular mode gives us some information. What about verbose? 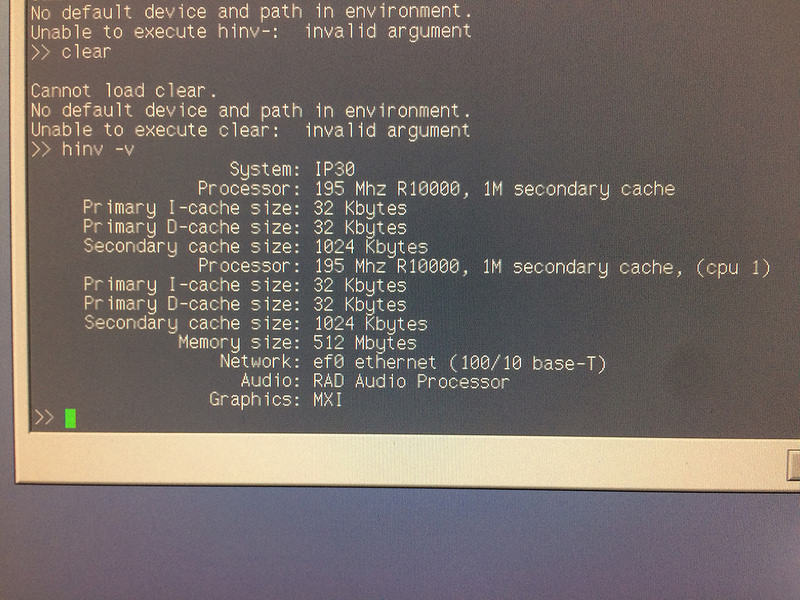 Uh, not sure how much more helpful the knowledge about the CPU caches is, but I’ll take it. Thanks, SGI.

Those of you who know SGIs (unlike me) already noticed a discrepancy. The diagnostics said I have odsy graphics, but hinv says I have MXI.

“Odyssey” graphics, or VPro as they were eventually called, was the “improved” graphics board for these machines. MXI is the old-style board. 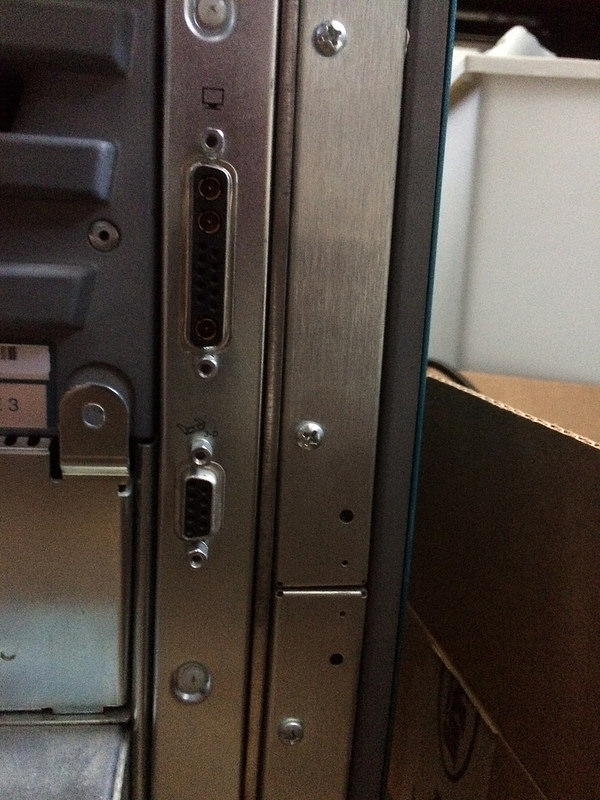 Based on the DE9 3D-glasses port, I’m told that it is not actually VPro, but MXI. I’m not sure why the diagnostics report that little message. Mysteries like this add a little spice to life.

I am glad to get this little piece of history working again, if for no other reason than that I now know that it is a functional computer instead of a really small, impractical, super-heavy ottoman.

With this machine fixed, there are only a few non-working machines left in the collection! Maybe then I can actually do something with them.