Every once in a while, when my keyboard gets too grungy (too much eating at my desk) I swap it out with another of my Model-Ms. This is super easy since all the PS/2 Model-Ms I have are of the age that they have detachable cables, so I don’t even have to reach behind my computer. 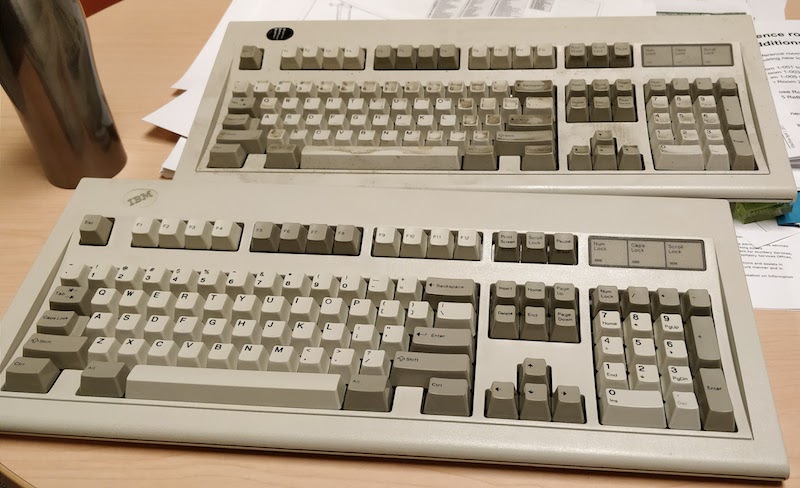 But on the one I was swapping out, 2 of the status LEDs didn’t work. Num Lock did, but that’s pretty much never turned off. BUT THE CAPS LOCK WASN’T SHOWING A LIGHT AND SOMETImes… Well, you get the idea for why I might want a working status LED on that. 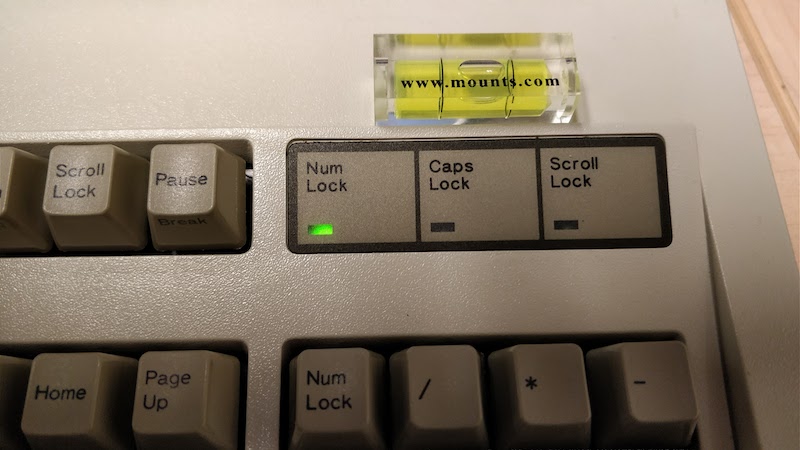 I’d also been watching a worrying amount of YouTube, including BigClive, and couldn’t resist the idea of putting some “disco LEDs” in place of the oldschool greens that I convinced myself must be burned out (think hard about this one, do LEDs “burn out?”) These rainbow LEDs are RGB LEDs, but with only 2 legs, and a built-in controller to randomly cycle through the colours. I also bought some “just normal levels of tacky” blue LEDs, in case I wanted to pretend it was the year 2000 all over agin. 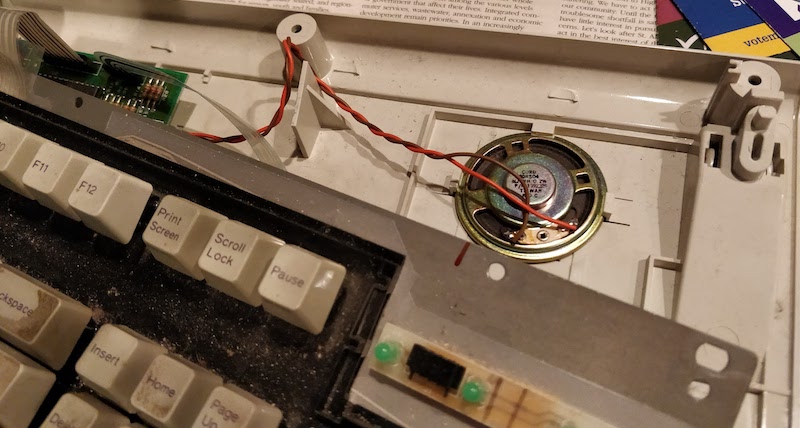 Sweet mama jama, this thing’s the model that has an actual speaker in it! (Sadly, it’s not able to be driven via the PS/2 port.) Quote from Wikipedia: “Relatively few contain an actual speaker, however, which was useful only for sounding beep codes on older terminal systems. The most common p/n’s with speakers are 1394540 and 51G872, made for RS/6000 UNIX workstations.”

Testing things with a battery & wires, the LEDs aren’t what’s actually broken or burned out. The issue is simply that the plastic ribbon cable has given up the ghost.

Oh well, as long as this is all torn apart and we’re doing mods that we want to do let’s also throw some black plastidip at the case. Pictured below is the black plasti-dipped case, and the pesky ribbon cable.

Let’s solder on those rainbow LEDs, and replace the plastic ribbon cable with a (too short) bit of jumpers yoinked from a CAT-6 cable. You can see how I desoldered the connector that took the plastic ribbon cable & soldered the jumper wires in place. If you look close you can even see I soldered so badly I totally lifted & destroyed the pad the blue wire was going to, so I had to put it directly on the leg of the num lock LED. What you can’t see is that I made the wires too short to reach all the way to the circuit board hidden under the metal (“thump thump”) backplate and had to extend them. 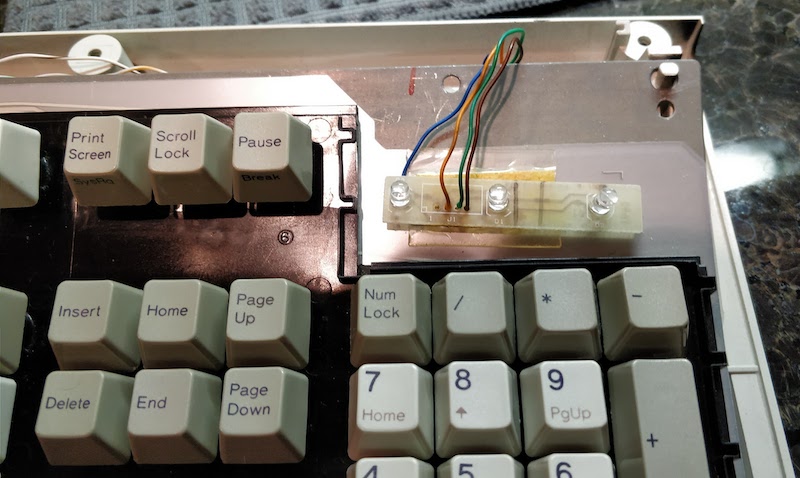 All assembled and lit up. 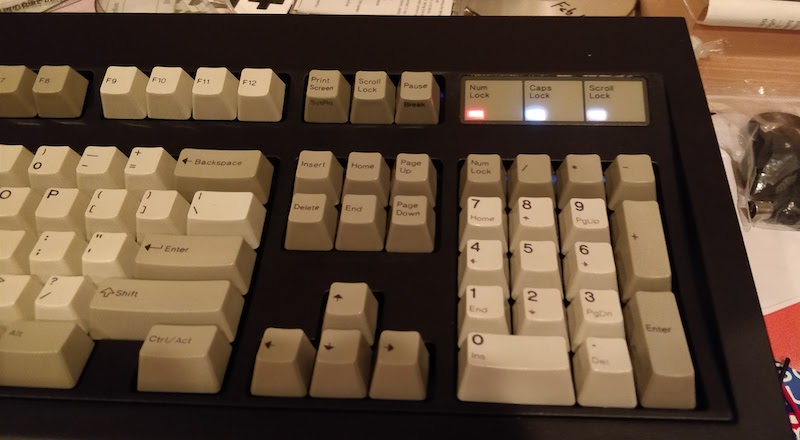 Just a fun bit of “comfort-level-raising modding.” Thankfully no issues with the “big” ribbon cable for all the keyboard keys, and thankfully (despite finding a couple plastic feet loose in the case) no need to do the pin/rivet mod on this Model-M, yet.

The Plasti-Dip has also held up to hand oils, office use, etc. since this mod was done in October 2017.