When we last looked at this machine, it wouldn’t power on at all. When I inspected the board, the reason seemed obvious. The power jack had burned up, taking a decent amount of solder with it. Most likely what happened was that the jack became loose over the years, and then started to arc. Eventually the gap was too wide for the arc to cross, or the plating of the jack failed, and it no longer conducted electricity. 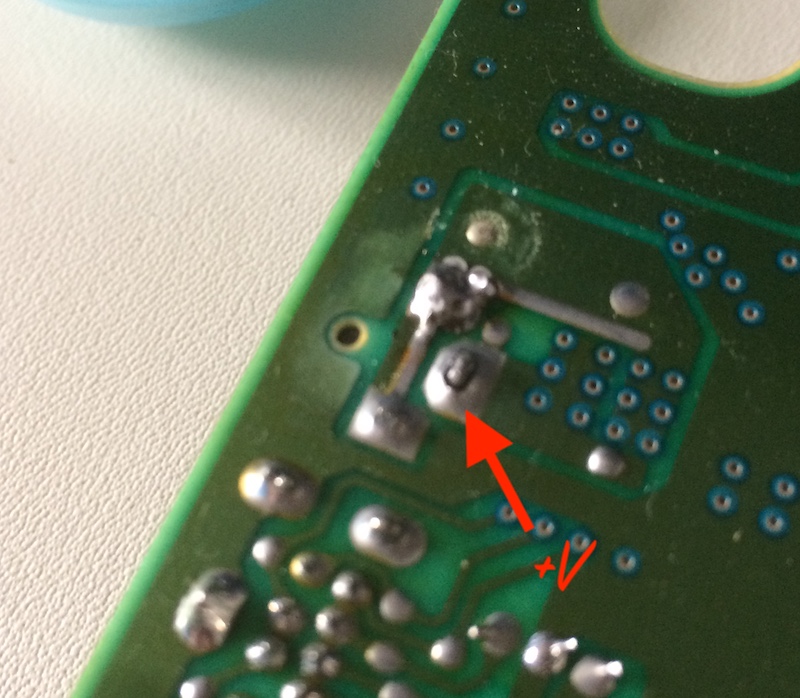 The easiest thing to do here is to remove the old jack, and replace it with a new one. After doing some research, I decided on the CUI PJ1-021, which was easy to find at both Arrow and DigiKey. When it arrived, I compared it to the old one - it’s identical, probably the same exact part - and then soldered it to the board.

I had a little bit of trouble with this - no matter how much flux or new solder I used, the joints would always come back very dull as they cooled. This probably indicates that it’s still a fairly cold solder joint; I might try redoing this with a better tip to put more heat into the pad and the jack at the same time.

After doing this fix, the Genesis powered up, but I just got a black screen. The cartridge slot was dirty, and putting some isopropyl alcohol on a cartridge and removing and inserting it a few times cleaned it up enough to boot a game.

Unfortunately, the first controller port didn’t work. Sometimes, wiggling the controller in the port would let one of the buttons work, but it wasn’t consistent. I removed the board and checked again.

The pins on controller 1 were almost the textbook definition of cold solder joint. There was no little “Hershey’s Kiss” lump touching the pads, and indeed as soon as I touched the soldering iron to the old solder, it exposed a giant hole between the pin and the pad.

Probably what happened here is that the joints broke under strain (dog pulling the Genesis to the floor, controllers getting repeatedly plugged and unplugged, solder-eating space aliens) and it was no longer making solid electrical contact. I dumped a bit of flux on here just to clean up any corrosion, and then fed in fresh solder.

After reintroducing the logic board to the TV, controller port #1 worked again! It was fixed.