Recently, I saw a forum post where someone had picked one up, only to realize that the original Maxell clock battery had burst and totalled the motherboard. Since the motherboard is so easy to remove from the Mac TV, I decided to risk the hernia and pop out the battery for a safer storage. 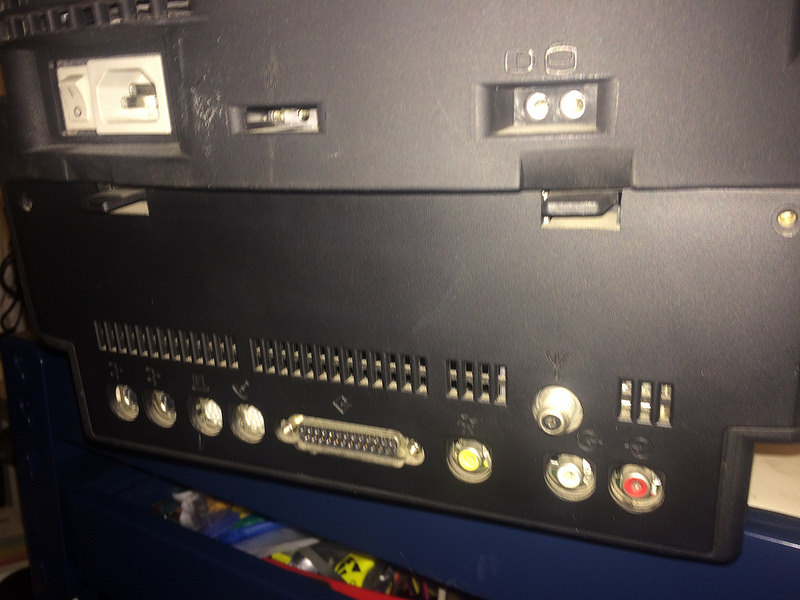 My camera really hates focusing on the paint on the back of the Mac TV. The paint is not really what you would expect from pictures: it feels cool and kind of dry, like blackboard or barbeque paint.

Unscrew both retaining screws and pop the little tension clips at the top to remove the motherboard port cover, which is just plastic. Check out all that white plastic inside; obviously Apple didn’t want to spend the money to blackboard-paint the interior skeleton of the Performas. 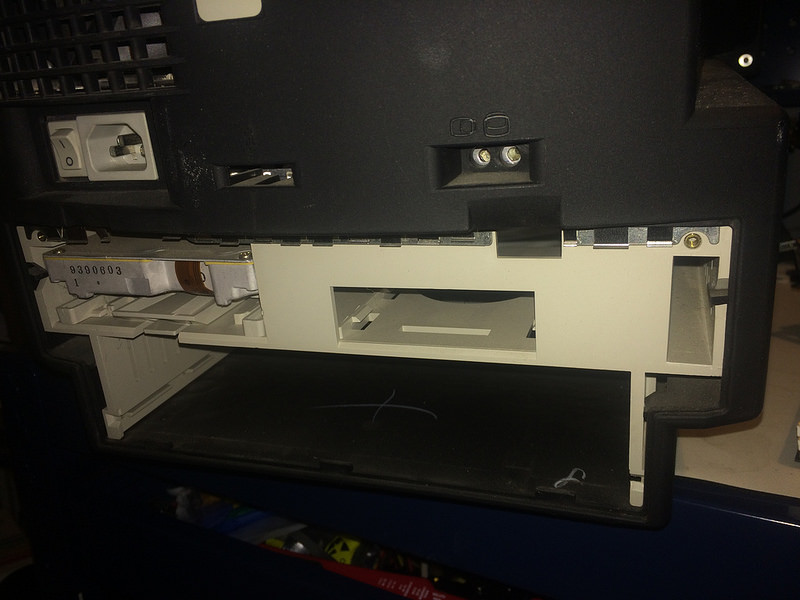 The motherboard slides right out on an edge connector, like a Neo-Geo game cartridge. A lot of people have just plugged-and-played motherboards from other Performas into this machine, but as you can see, you lose the TV functionality if you do so… 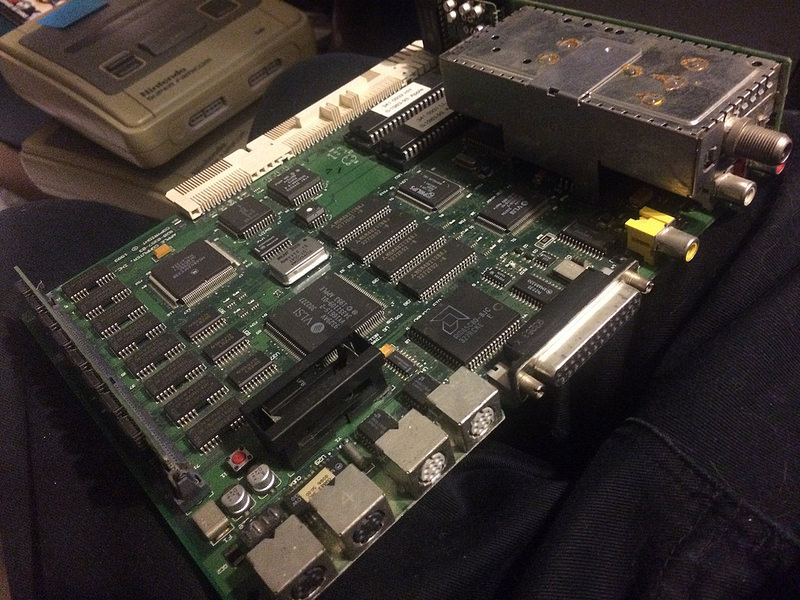 Like all Macs of this era, the battery is in a little plastic holder. Just pry up the little prongs with your fingers and the holder cover should pop off. Then yank the battery out. 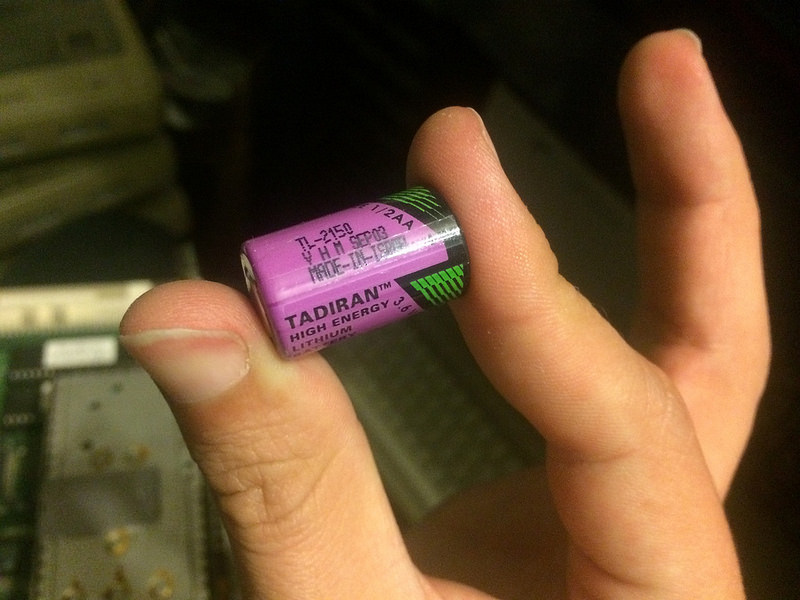 It appears that I am lucky, and that the previous owner of this machine cared enough about it to put a new clock battery in. I don’t see any signs of corrosion. Now all I have to do is slide the motherboard back in, and that’s another job done. 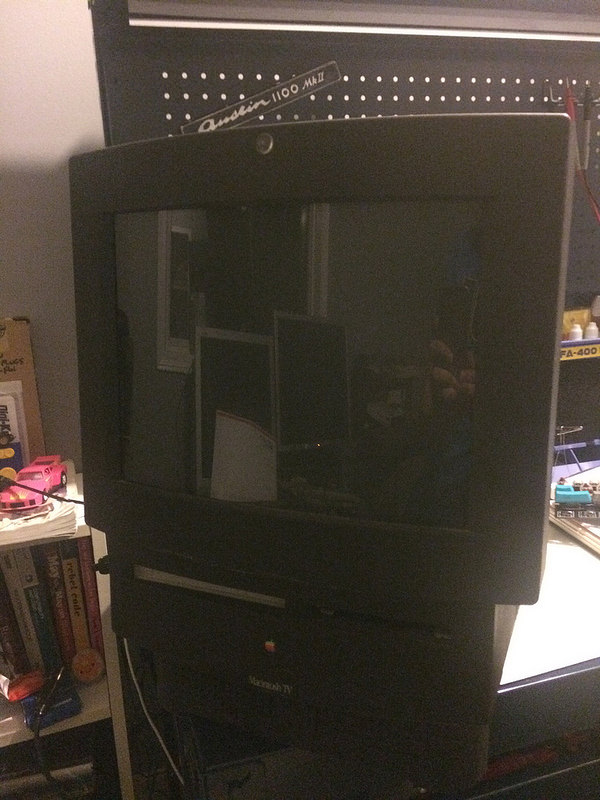 One of the big problems with this machine is that there is no expansion capability whatsoever. The area that would normally have a PDS expansion slot is taken up by the TV hardware, and the RAM is limited to 8MB, which is not really enough: the LC 520 it’s based on can go to 36MB. Even in benchmarks, it isn’t as fast as other ‘030 Macs, and the bright white CD drive only accepts CDs in caddies, and doesn’t tolerate most burned CDs.

In Japan, there were other black Performas, with a little more expansion capacity, but this one is pretty much really nice-looking furniture with a gorgeous monitor.