The slow accumulation of an entire collection of vintage Sun hardware continues, with the 1+ now being able to show video. The question is, what else will it take to boot?

In the last entry, it was determined that the TurboGX framebuffer card I had bought for the 1+ was simply too new for the poor machine, and so a quest for a CG6 began. The “GX” CG6 appears to be a more primitive card (slightly slower refresh rates) than the TurboGX, but the most important thing is that it would work.

After a worryingly long time staring at a blinking LED on the monitor, it sprang to life at last. 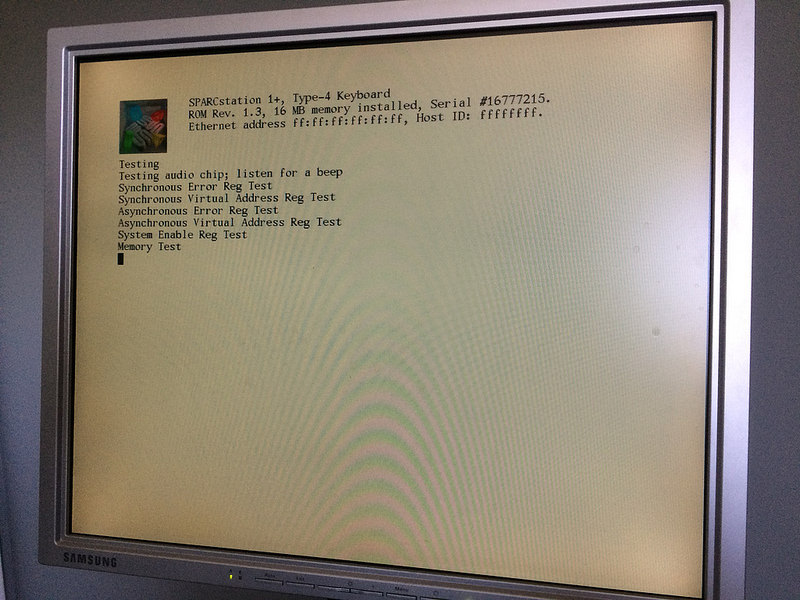 The excruciatingly long memory test began, and at the end of it, the “illegal instruction” error I was so familiar with from previous attempts to boot the machine on the console. 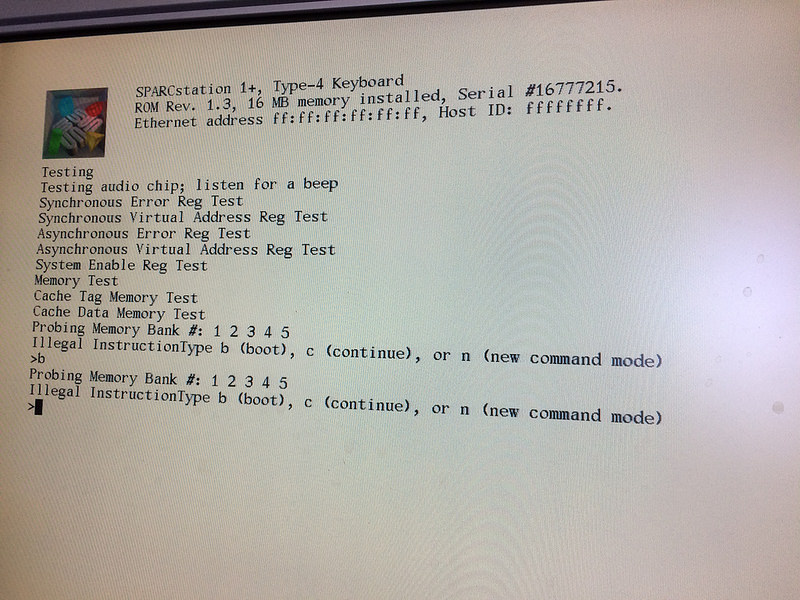 Look at how sharp that confusing and not-at-all helpful error message is. That’s worth the workstation-parts price on its own.

My next step is to try and figure out how to actually boot something useful on this machine, which might be difficult; even boot net comes back with an illegal instruction error, kicking me back to OpenBoot. Perhaps the ethernet MAC needs to be set properly, as it is obviously incorrect from the PROM battery expiring.

probe-scsi returns the Quantum drive that is inside the machine (along with some text garbage), so at least some part of the SCSI subsystem is working, even if the drive itself is likely seized, as I don’t hear it spinning up when I try to interrogate the drive or boot the system. I suspect I’ll have to give it the same treatment as the ProDrive in my Amiga 2500 to unstick it.

For now, though, I think I have spent enough money on this little pizza box. Maybe I’ll come back to it later, when other, more fun, machines aren’t quite as needy.