Now that the PC98 can load software off of a USB stick instead of floppies, I decided to explore the software catalogue a bit.

One of my first stops (after Compile’s Marvel PuttGolf, of course) was Bulletproof Software’s Tetris. Henk Rogers’ company was responsible for grabbing the then-hot license for Tetris away from Sega and Nintendo, clearing the way for its release on the PC98 home computer platform. This is that game.

It’s pretty fun, as Tetris is, but the music isn’t quite what I expected. The classic “Tetris song” from the Game Boy version only ever seems to get played at the high score screen when you lose.

I also took the opportunity to try out this machine’s 31kHz video mode. This Sun monitor really does not want to display 15/24kHz video, which makes it kind of useless on my currently Amiga- and Japanese PC-dominated test bench. At the very least, it can play a round of Tetris:

I’ll probably keep using my 24kHz NEC monitor for games. Not only is the stretched video ugly, but the altered sync speeds will undoubtedly mess up some earlier games that depend on the H/V-blank interrupts for timing. You can already tell from the super-fast credits scroll that Tetris has some speed problems with the faster Pentium OverDrive CPU, just like PuttGolf did.

Popful Mail took a long time to load (lots of disk swapping), but in the end looks really nice. Although the scrolling is choppy, it definitely takes full advantage of the sharp graphics possible on the earlier PC98 graphics modes. 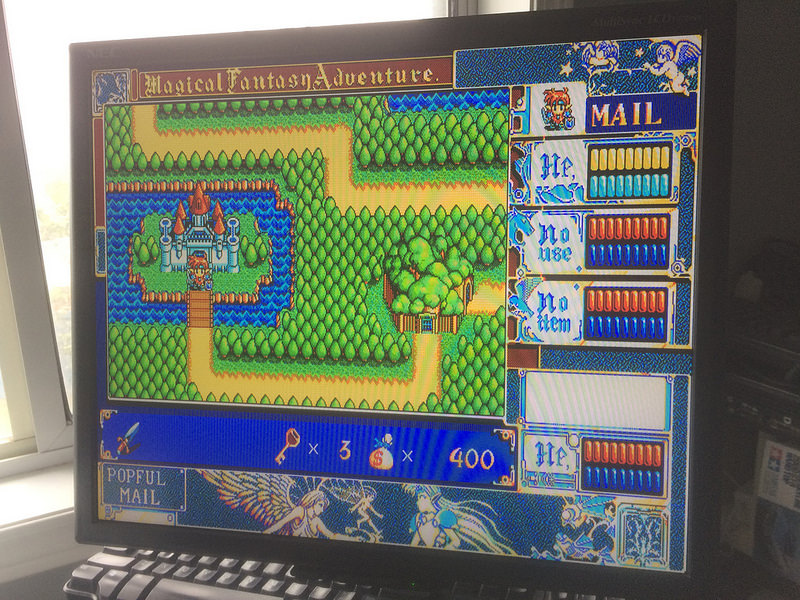 It didn’t take me long to get stuck. Maybe one day I’ll figure out how to make that tricky jump.

Xak: the Tower of Gazzel was a little indecipherable for me, as I really do not know written Japanese to a functional level, but it also happily loaded and ran. Looks good, too: 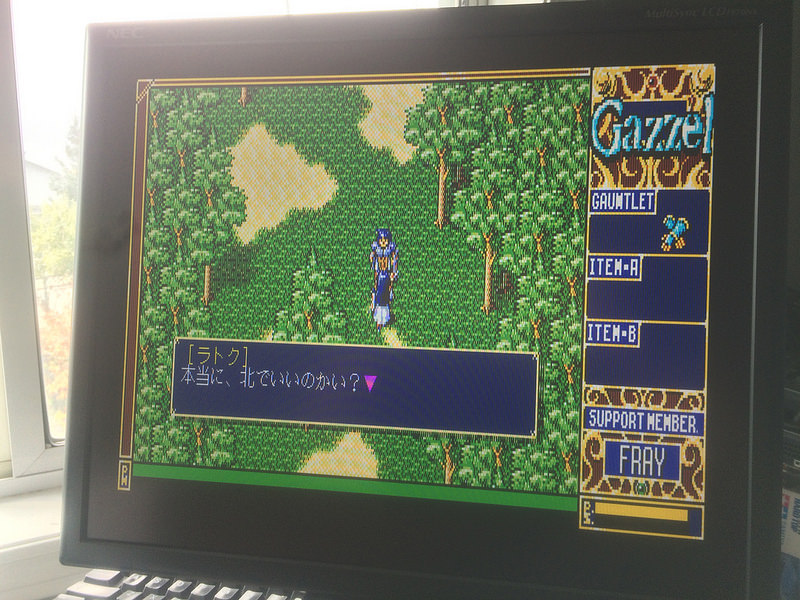 I got tired of booting a Windows computer to use Virtual Floppy Image Converter to convert the HDM disk images I found to the FDI format that the Gotek understood. After a lot of research, I eventually figured out that FDI images are just raw images with a special header on them, and that HDM images were just raw images of a particular size.

I still need to find a good solution for d88 images, but I’m fairly convinced I can figure out that format as well. One quickie Python script later, and I could convert, mount, and run the PC98 port of Lemmings: 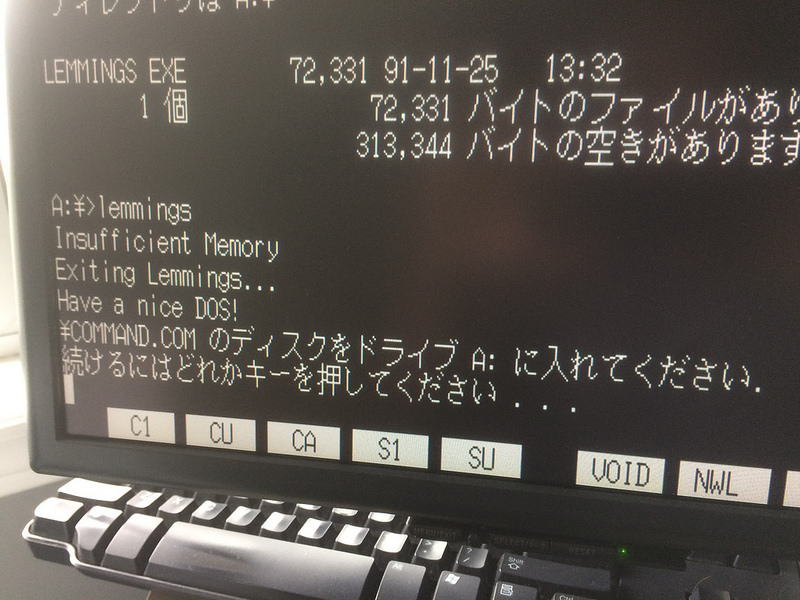 Well, sort of. I guess something about it is angry that I have too much RAM.

I also wanted to try A-Train III and SimCity 2000, but both of them seem to require a hard drive, and the one I ordered way back in August still has not arrived from Japan. If it doesn’t arrive soon, I’ll have to find an alternative - maybe a RAM disk?