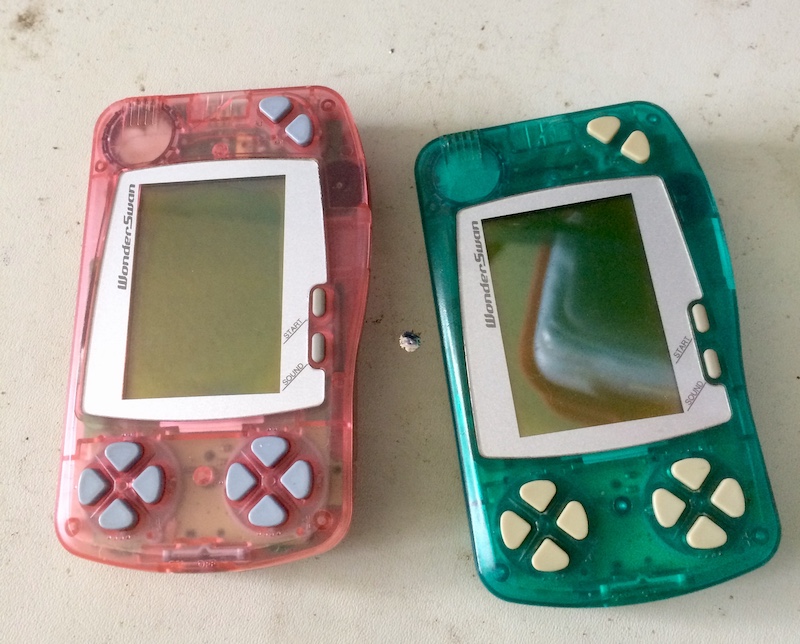 Both of them have a “sunburned” screen. This is pretty common with used LCD game consoles (and old laptops) from Japan. It’s caused when the polarizer layer detaches from the rest of the LCD, sort of like a cataract. 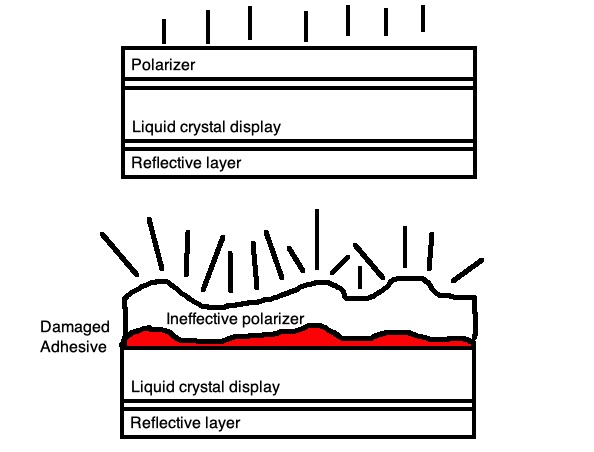 Sometimes this damage happens from the outside in, creating a sort of “tunnel vision” artifact. On the Game Boy screens, for some reason, the damage seems to spread more frequently from the inside out.

Japan’s hot and humid climate accelerates the damage if the machines are stored improperly, and the Japanese like to call this phenomenon vinegar syndrome. So we already know that these WonderSwans likely need polarizer replacement, but do they work at all?

Neither one really worked out of the box, and both of them were completely filthy and rusty. It seemed that perhaps I had bought myself a pair of WonderSwans that went swimming in the distant past. Could they be rescued?

The green one would not boot a game. When you turned it on, the BIOS icons at the bottom of the screen would appear, like they do when you don’t have a cartridge inserted at all. I tried with a few games (my copy of Wonder Stadium ‘99 is really picky about when it likes to run - perhaps not the best test game), but nothing happened.

With a decent squint at the handheld, aided by its oh-so-90s translucent coloured plastic body and strong lighting, I saw corroded screws, water damage, corrosion inside the machine, and a rusty speaker. I took it apart. I assumed this one would become a parts machine, until I saw how much worse the rust on the pink one was. 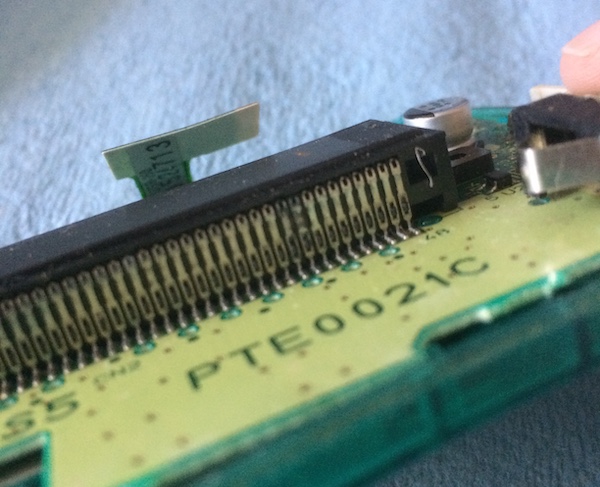 The green one had some corrosion on the cartridge slot, but this pin was still continuous when I checked it. Something had eaten the plating and then exposed the bare metal to rusting. Still, it should work with a good clean, which I did with a two-shot of vinegar and alcohol.

It is really difficult to properly clean this cartridge slot. Even if you somehow were to magically desolder it from the motherboard, the plastic crossbar will keep you from getting a good clean. It’s a great candidate for an ultrasonic cleaner… if I had one. 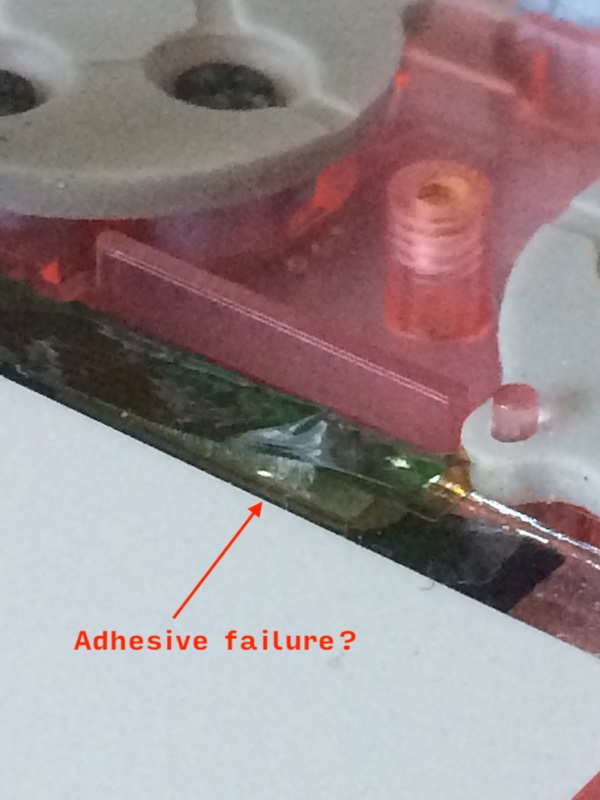 I was really disappointed to see that both of them had LCD screens whose cable was coming apart. Whatever this glue is had failed.

Eventually, through cleaning and hard work, I got the green ‘Swan to finally boot a game. The screen, owing to the damage of the polarizer, is almost impossible to see except at an awkward angle, but at least it works.

The pink WonderSwan had some pretty obvious polarizer damage from the start. However, when I put a cartridge in, it would boot to the “Bandai” startup logo and make the startup noise. I could also navigate to the BIOS screen where you can configure the name, blood type, and birthday of the owner.

However, that’s as far as I got, because it would consistently refuse to boot a game, hanging on a white screen. 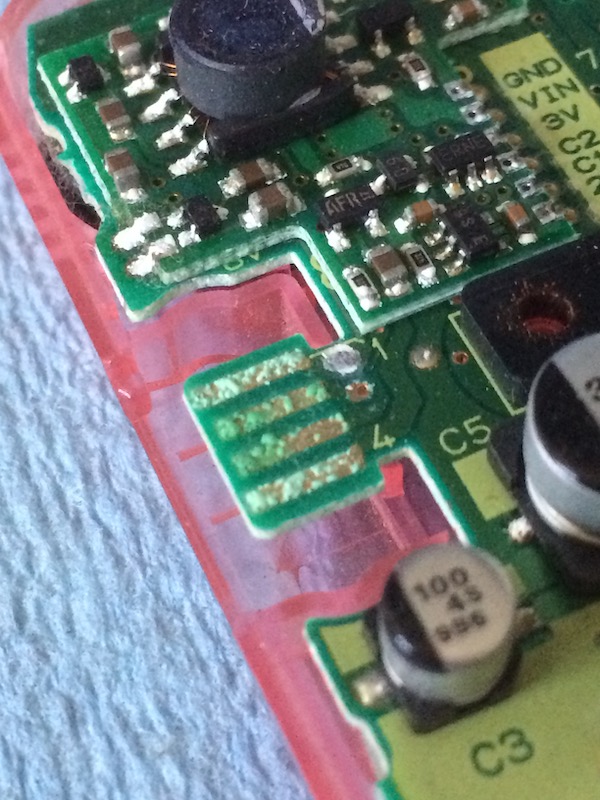 The corrosion was especially bad on the pink one. I think this one got wet, sat in the water for awhile, and then the batteries exploded. For some reason, vinegar didn’t make the corrosion bubble and fizz, like I usually see with caustic AA battery goo, so I could be very wrong about that. The Torx screws holding the console together were extremely rusty and squeaked the whole way out.

Even the conductive pads on the buttons were gross, with a weird white dust on them. I used the usual “printer paper” technique to clean them. This move seems to have worked for the most part, but some button contact is still questionable. I’ll need to go back in here when I replace the polarizer and clean the board and buttons some more. 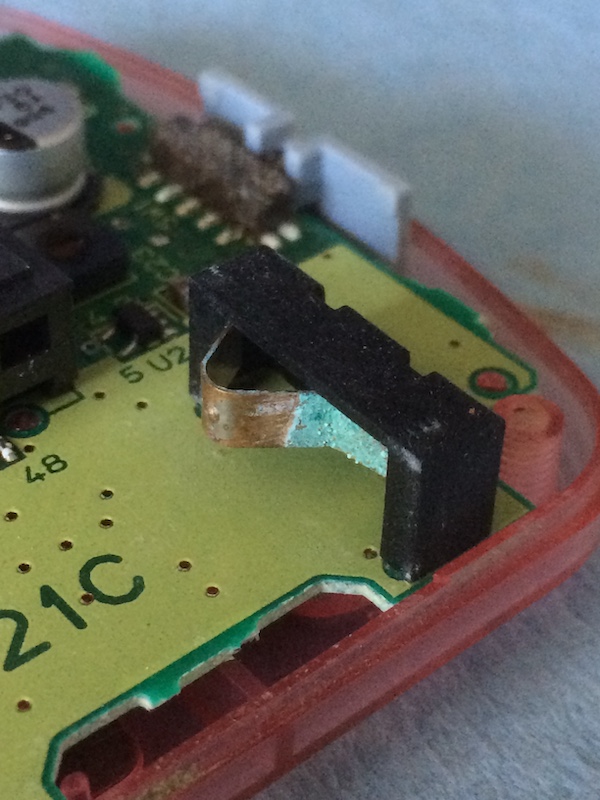 The pins of the cartridge slot were blooming with corrosion, to the point where I was pretty convinced it wasn’t even making mechanical contact when a cartridge was inserted. I did the same cleaning technique as with the green one, except more thoroughly. The speaker was also very rusty on this one, along with gunk inside the contrast dial and little bits of grass fibre beside the LCD, whose ribbon cable was also coming unglued like that of the green one.

I scrubbed and scrubbed valiantly, and also cleaned the cartridge slot on this one. Eventually, after removing and inserting a cartridge a few times, it booted and could play games, as long as I held the machine up to a window and craned my neck at a weird angle to be able to see the screen. On top of that, as I said earlier, the buttons were kind of fiddly. I’ll have to take this one apart and clean it more.

So what’s next for these little cygnets? Obviously, fixing the polarizer film on both is a good first step, but maybe I’ll do a backlight while I’m in there. It’s pretty much the same technique, including the annoying razor-blading off of the screen film.