One of the most important components is the flickerFixer board. In case you’re not aware, the Amiga natively generates video at a 15kHz horizontal sync. However, most modern computer monitors expect to see it at 31kHz.

The Microway AGA-2000 flickerFixer’s job is to effectively “double-buffer” the output so that the monitor on the other end sees it at 31kHz. If you’re familiar with arcade boards or old videogame consoles, you’ve probably encountered this problem before and end up going with something like a GBS-82xx or XRGB scan converter in order to ‘step up’ the scan rate so that you can put it onto a modern monitor.

My Amiga 2500’s previous owner wisely invested in an internal flickerFixer card, which has a parasite board that plugs into the Amiga’s stock video chip:

The parasite board runs to a daughterboard, which is where the actual flickerFixer card slots into: 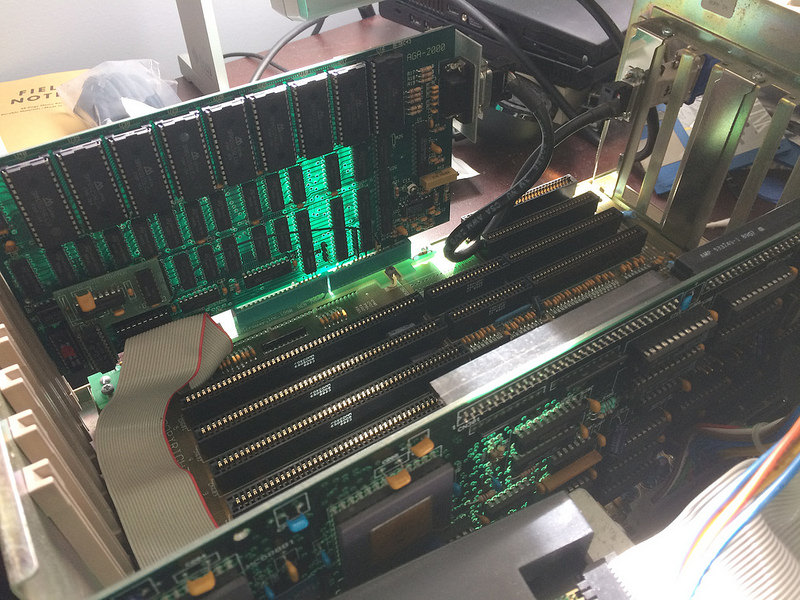 The flickerFixer board has a really sketchy pigtail (with exposed solder joints) that connects to a DE9 connector on a card backplane, so you can reach the port from the back of the machine.

Instead of building my own cable, I ended up going with a Monoprice CGA-to-VGA adapter, which was a mere $1.53. You just plug a VGA monitor into the back of it, like any other boring PC. 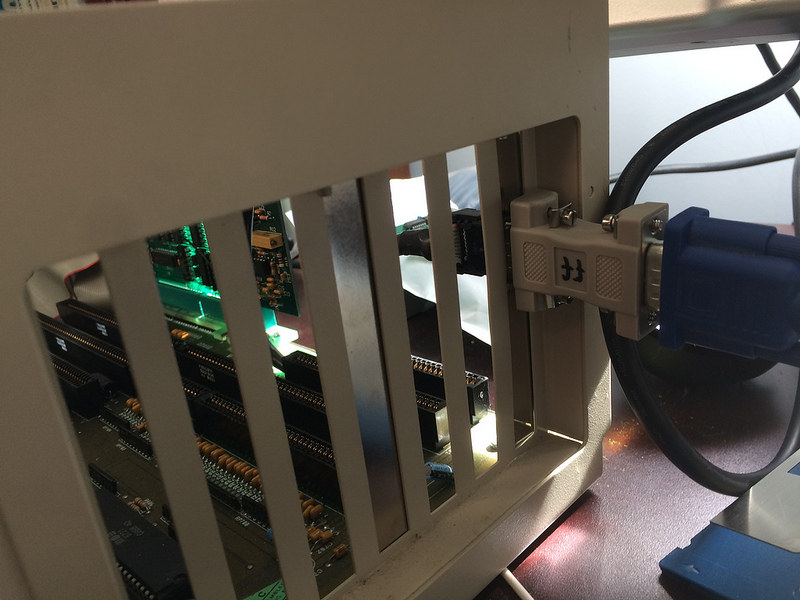 Now, when I start the machine, I have glorious 31kHz video in Workbench: 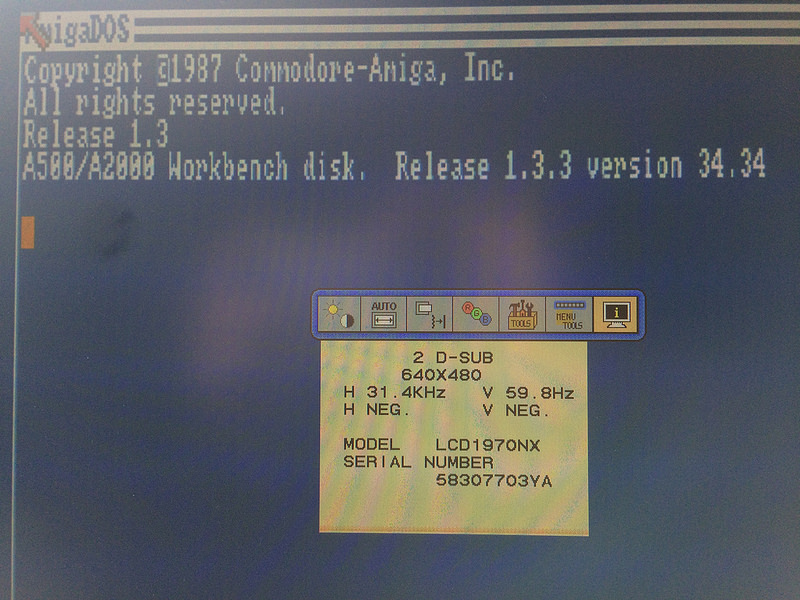 Without a flickerFixer or other scan-doubler, even with a Commodore-to-VGA adapter plugged into the Amiga’s RGB output, I needed to have a VGA monitor that supported 15kHz natively. I eventually found one in the form of my battered but working NEC MultiSync 1970NX, so I was able to test the A2500 and my other Amigas.

So why, if I had a working monitor, did I bother reinstalling this card? I was experiencing some weird graphical corruption and other similar bugs in games (the Hardwired demo wouldn’t even run, the text in Rainbow Islands jiggled), and thought it might be related to the parasite board still being attached over top of the “Paula” chip. I have run out of time to test this, but rest assured I will do a followup entry if there is more to fix.

Update: Even after installing the flickerFixer, Rainbow Islands still had the same problem with text jiggle. It might be that it is simply doing something the A2000 doesn’t like, or maybe it’s something to do with PAL vs. NTSC?

There is a little bit of noise in the video that I don’t remember being there before; I suspect the sketchiness of the umbilical cable and its exposed solder joint are to blame. I might have to make a new cable for this or at least clean this one up a lot in order to clean up the signal.

I will soon close up the case and find a good place for it in my computer rotation, but I am also tempted to put a new(er) hard drive and possibly a SCSI CD-ROM drive in later, assuming the HardCard can support them.

This article is part of a series:
Leaks In My Amiga 2500?

Repairing a long-dormant Amiga 2500 that’s been soaking in battery juice, and getting it to play games again.